Skip to content
Previous Next
Dr. Cami Belean Became a Dentist to Help Her Grandma 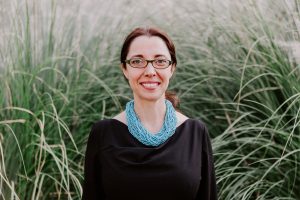 Dr. Cami Belean knew from a young age that she wanted to be a dentist. She did not
know anything about dentistry, but as a little girl Dr. Belean would ask her grandmother
to share her food, but she did not have the teeth. From the age of six, Dr. Belean dreamt
of becoming a dentist so she could make sure her grandmother had teeth to keep.

Dr. Belean received her Doctor of Dental Medicine degree in Romania from Victor
Babes University of Timisoara. And then earned her second Doctor of Dental Surgery
degree from the New York University College of Dentistry. She now owns a small
private practice in Austin, Texas and is moving towards a more holistic and biologic
approach in her dentistry. “BioRejuvenation is a big part of this,” says Dr. Belean. “I
don’t know why a lot of dentists aren’t looking into this. I consider myself one of the
lucky ones to start at The Stewart Center because it will grow, and it has already changed
my life in such a great way.”

Before Dr. Belean discovered The Stewart Center, she was trying to find a solution to her
husband’s dental problems. He had extensive occlusal wear, hardly ever smiled, and was
not able to chew his food well. Specialists all told her the same thing – full mouth crown
case. But this did not sit well with Dr. Belean since he was already damaging everything
in his mouth. Dr. Belean was about to give up when she heard Dr. Hal Stewart lecture
and saw what he did in his office on a daily basis. Then everything clicked. “I don’t want
to do anything else. This is what I want to do!” thought Dr. Belean. After the session, Dr.
Belean sought out Dr. Stewart and told him right away she wanted to join The Stewart
Center.

Before and afters of Dr. Belean’s residency case restoration.

The Stewart Center “saved my office in an amazing way,” says Dr. Belean. “There is so
much more that I can do for my patients now because of what I know. I had patients in
pain and I was doing the same thing as everybody else – night guard and soft diet. But
now I have patients who’ve been pain-free for months, and I’m expecting them to stay
like that.”

Besides The Stewart Center, Dr. Belean has also received training is cosmetics,
endodontics, and implant dentistry. She once did a year-long implant residency program in San Antonio, but by the end, she was so nervous to even touch an implant. “The Stewart Center was the complete opposite,” says Dr. Belean. “Everyone at the center encouraged me that I could do it. The support was unbelievable compared to any other program I’ve ever been to.”

The Stewart Center prides itself on the hands-on learning done during the residency. “The
first session starts with hands-on,” says Dr. Belean. “You’re given a plan for when you
go home with points to accomplish before the next session. It’s so organized and made
my life and the follow through so much easier.

Dr. Belean finally found the answers and helped her husband during her residency at The
Stewart Center. She stabilized his joint with a Condylar Centering Orthotic (C2O)
appliance and then completed a full mouth, minimally invasive, restoration.

“It’s amazing to know that I can really help my patients, not just manage their symptoms.”

Dr. Belean’s passion for BioRejuvenation Dentistry and helping her patients is only
going to grow and we cannot wait to see what all she accomplishes in the years to come!